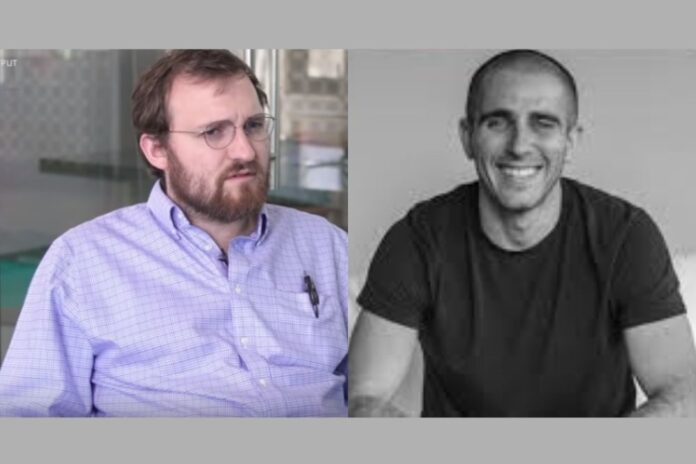 The CEO of IOG, Charles Hoskinson, has recently reiterated that Ethereum (ETH), the second-largest cryptocurrency by market capitalization, is better than the flagship digital currency, Bitcoin (BTC).

There have been heated conversations in the past over the best between the two largest cryptocurrencies, Bitcoin and Ethereum. While many believe that Bitcoin will always be the king of coins, some others think Ethereum’s trajectory will make the difference eventually.

Read Also: Charles Hoskinson to Announce On Friday When Smart Contracts Will Start Running On Cardano

Charles Hoskinson, who is a co-founder of Ethereum (ETH), once again made his stance known regarding the best digital asset between Ethereum and Bitcoin.

This came in response to the comment of a popular Bitcoin maximalist, Anthony Pompliano, who said Ethereum is not Bitcoin, in a bid to undermine Ethereum, the world’s largest smart contracts platform.

As expected, the tweet gained thousands of mixed reactions. Hoskinson, the creator of Cardano also responded in support of the project he co-founded, a comment that notably impressed the Ethereum community.

Meanwhile, Hoskinson had acknowledged the capability of Vitalik Buterin as a leader in the Ethereum ecosystem in an interview with Bloomberg News.

“Vitalik is a young guy. He’s going to apply his youth and his wealth toward the things he thinks are right for his ecosystem. And he’s got a lot of people working with him, like ConsenSys and so forth, that are certainly big companies and they have a lot of people and money too.

“When you have that kind of momentum, something is going to happen. If I had to guess I’d say the most significant heavy lifting in their upgrade strategy will occur in 2022, and they’ll probably wrap it up by the end of the year 2022 or early in 2023 at their current velocity.”

Read Also: Cardano Founder Suggests What Could Prevent the US Anti-Crypto Infrastructure Bill

In the course of the interview, Cardano creator also condemned Bitcoin maximalists, who are fond of criticizing innovation and improvement in the crypto ecosystem:

“It actually prevents neutral people from entering. I’ve had more than one Fortune 500 company say, “I don’t want to do anything in crypto, because the minute we pick a single blockchain to work on, all the others will attack us.”

Solomon Odunayo
Solomon Odunayo is a cryptocurrency journalist with over 3 years of experience in the crypto industry. He's sternly interested in covering developments of emerging and established blockchain projects.

Michaël van de Poppe: Cardano (ADA) is ready For the Run to $5

Michaël van de Poppe: Cardano (ADA) is ready For the Run to $5

Vitalik Buterin Speaks On Likely Date of The Merge and What...

Charles Hoskinson: Next Two Months Are Going To Be Fun for...

Vitalik Buterin: Next Phase of Ethereum (ETH) Adoption Should Go Beyond...

ABOUT US
Market Tabloid is a website dedicated to covering cryptocurrency/blockchain news and crypto market reports. It is operated by writers and co-workers located at several locations across the world. We aim to create high-quality content for our readers of the finance and tech niche.
Contact us: contact@markettabloid.com
FOLLOW US
Market Tabloid Copyright © 2021.
We use cookies on our website to give you the most relevant experience by remembering your preferences and repeat visits. By clicking “Accept All”, you consent to the use of ALL the cookies. However, you may visit "Cookie Settings" to provide a controlled consent.
Cookie SettingsAccept All
Manage consent

This website uses cookies to improve your experience while you navigate through the website. Out of these, the cookies that are categorized as necessary are stored on your browser as they are essential for the working of basic functionalities of the website. We also use third-party cookies that help us analyze and understand how you use this website. These cookies will be stored in your browser only with your consent. You also have the option to opt-out of these cookies. But opting out of some of these cookies may affect your browsing experience.
Necessary Always Enabled
Necessary cookies are absolutely essential for the website to function properly. These cookies ensure basic functionalities and security features of the website, anonymously.
Functional
Functional cookies help to perform certain functionalities like sharing the content of the website on social media platforms, collect feedbacks, and other third-party features.
Performance
Performance cookies are used to understand and analyze the key performance indexes of the website which helps in delivering a better user experience for the visitors.
Analytics
Analytical cookies are used to understand how visitors interact with the website. These cookies help provide information on metrics the number of visitors, bounce rate, traffic source, etc.
Advertisement
Advertisement cookies are used to provide visitors with relevant ads and marketing campaigns. These cookies track visitors across websites and collect information to provide customized ads.
Others
Other uncategorized cookies are those that are being analyzed and have not been classified into a category as yet.
SAVE & ACCEPT
MORE STORIES